Welcome to the Knights of the New Republic solo roleplaying campaign! Using FFG's new Star Wars roleplaying game, this game is set around 40 years after the end Return of the Jedi, and naturally assumes the Prequels never happened and ignores them completely. So let's get started!

This adventure will start soon! Like right below this line, it's already begun! That's fast!

Inspired by the new JJ Abrams movies and some amount of the classic DarkStryder campaign, this adventure will use the "cinematic" rules of Fantasy Flight Games new Star Wars roleplay books, Edge of the Empire and Age of Rebellion. I've decided to not try and include a "movie style" adventure structure proper in my book (movie structure is both quite variable, and largely quite sucky), instead this adventure will follow the modular adventure design which is itself very cinematic.

A long time ago in a galaxy a super long ways away the Galactic Empire crushed the millennia-old Galactic Republic and nearly wiped out the Jedi after they had fallen into a period self-righteous decline. Fortunately that only lasted for like 20 years, and then the Republic was restored, which one would assume should be pretty easy since it had been going on for thousands of years and was only interrupted for a couple decades. Still the threat of the evil force using Sith remained, along with a large renegade presence fostered by periods of both lawlessness and tyranny. To combat these threats task forces are routinely launched to the edges of the galaxy, helping to make sure the Sith do not rise again and that the civilized law of the Republic is observed by those who would wish to suppress and oppress worlds that cannot defend themselves.

The 'Dawn of Serenity' is a cruiser of the Republic used in such a manner. A fast ship, only requiring a small crew for actual operations, it carries a compliment of commandos, a small squadron of fighters, and three young Jedi knights of the reformed and refreshed Jedi Order. The crew has recently received new orders to investigate a disturbance along the Outer Rim. Freshly supplied and ready for their mission the ship departs for it's destination.

So this adventure is going to do a couple novel things to show off what you can do with a solo adventure, one of those things is utilize a large ensemble crew. There are eight featured characters in the game, along with a crew of lesser recurring extras that will only appear when needed.

Jedi Knights - Haywren Mordkall, Bing Fallaxen, and Leandrre Groulkynn
Attitude - Enthusiastic; Social - Plain; Character - Romantic to Brave
Attitude - Gallant; Social - Prim and Proper; Character - Mercenary to Exacting
(Mercenary in that she quickly gravitates to those who will give her an advantage or what she wants.)
Attitude - Dangerous; Social - Cranky; Character - Disciplined to Honorable

That should give me some good guidelines to roleplay by. And the characters can all develop and grow as the campaign moves forward. So now let's get on to the Plot Sheet...
Share This 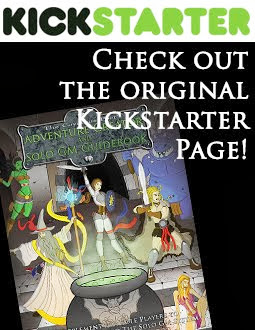